CHRIS HAWKES is a singer/songwriter, multi-instrumentalist, engineer/producer and visual artist. He collaborates and performs with a community of musicians from his home in Austin, Texas.

Hawkes studied graphic design and fine art at the University of North Texas, and audio engineering at the Dallas Sound Lab. He songwrites and performs solo, in bands, and with his wife Miranda Dawn, in their duo Dawn and Hawkes.

Hawkes works full-time as a producer, writer, independent musician and artist which he says creates an interesting blend. "I feel extremely blessed to have my music, relationships and creative energy all intermingle. Having freedom to make music and art with friends is such a great job, it never feels like work."

I first started recording at home, as a young musician, on a 4-track tape machine; capturing original ideas and experimenting with reinterpreting cover songs. I was fascinated with the musical arrangements, and the sounds used to express them, and felt excitement at hearing the different layers create the full landscape of a song.

My first experience in a recording studio, with treated rooms and professional gear, was for a local highschool compilation CD. Because it was funded through a school program, the studio time was limited to an hour per song. That was my first experience in making the most with pre-production and creating a tracking sheet.

The summer after highschool graduation I studied audio engineering at the Dallas Sound Lab.

This was my first experience recording other musicians and really diving into more tried and tested engineering techniques. If the 4-track was puddle jumping in my backyard, this was jumping off a diving board into the deep end of the public pool! Some of the experiments weren't pretty and it felt like a belly flop, but dedicating endless hours each day helped accelerate awareness of microphone technique on the front end, the effects of mixing in post, and how both had to work in concert with the performance.

Following the summer long audio engineering program,  I interned at Reel Time Audio in Denton, where I watched grammy winning producer, Eric Delegard, create big sounds within a modest space using select pieces of favorite gear: his ears being the most important equipment. Combining focus on the performance and performers experience, while using his carefully curated equipment to enhance and amplify their expression, created a rich and deep representation of their music. It made a lasting impression.

I engineered live recordings for the University of North Texas music program (while studying graphic design). We'd record and document live performances from the aspect of an audience member. Some beautiful performances were captured with only their honest, natural energy.

During this time, I started engineering live venue sound as well. Being in an immediate environment helped me learn and appreciate quick adjustments to EQ and levels on the fly.  The dichotomy of environments gave me respect for the art in engineering and producing while seeing the value of getting the pure performances to their listener.

While running live sound, one of the acts asked me if I could produce an album for them. I used an advance from the artist to build my digital audio workstation and acquire the microphones needed to record. This first album was later licensed on cable and broadcast TV and was the spring-board of confidence to embrace music-making as my full-time profession.

After several years of recording songs for my own bands and other artists I was hired by a Dallas-based company DiscLive. We would record live shows, multi-tracked and mixed and then press CD's for fans to take home minutes after the show had ended. It was an exciting outlet of combining experiences; engineering live sound/recordings, mixing on-the-fly and studio engineering. The process expanded my appreciation for mixing while tracking; an inspirational tool doubled as a pragmatic way to have a mix on hand!

I relocated from North Texas to Austin to pursue my original music and find a large community of other musicians and songwriters. I've enjoyed working with other singer/songwriters and bands throughout the years, and find a lot of satisfaction and purpose helping artists find the same joy I experienced as a young creative. The thrill of building the layers of a soundscape–having the technology help capture and amplify their inspiration–is always a joy. 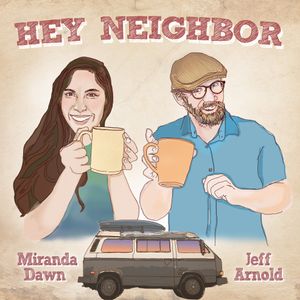 During the shutdown in 2020 and 2021, I helped produce a podcast hosted by Miranda Dawn (my wife and bandmate) and Jeff Arnold (my childhood friend and videographer). Both are fantastic interviewers and have several interesting conversations with creative people. 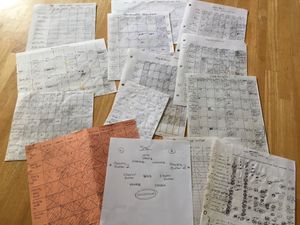 Tracking sheets are one of my favorite catalysts to initiate the start of a project, a check-list, map or guide to stay on task, and a keepsake to memorialize the recording process afterwards.

There's a number of ways to make… 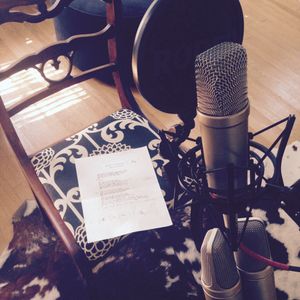 One of my favorite parts of studying creative pursuits (art, music, production) is leaning into the appreciation for other creatives. People who have made the process so self-expressive that it's easy to hear a certain vibrato and know who's playing…

Finding Inspiration By Producing New Sounds in Your Home Studio

Originally published by Earthquaker Devices May 21, 2021

In this time of stay at home orders and quarantine, I find myself looking for inspiration in two ways – songwriting and sounds. Once a song is written, the next phase is… 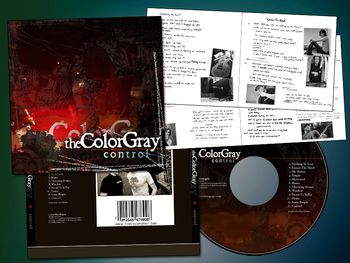 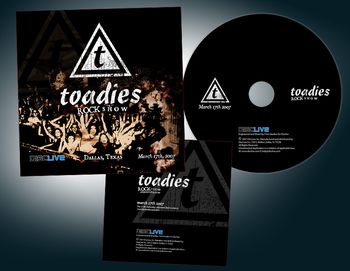 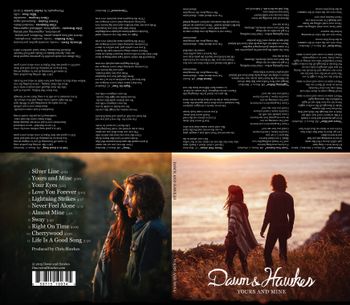 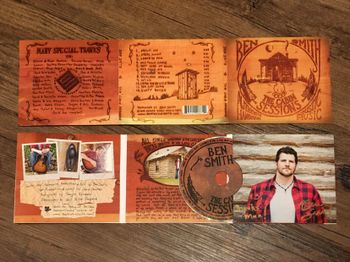 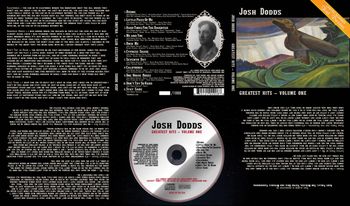 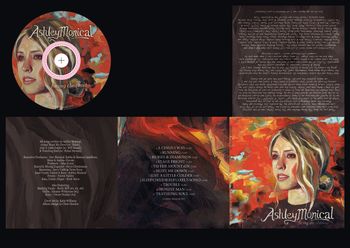 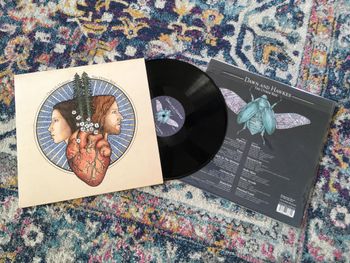 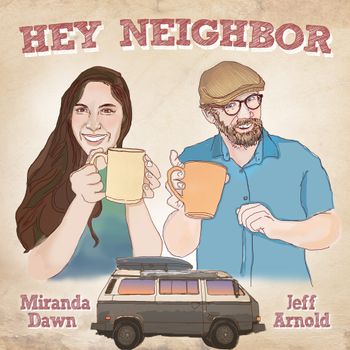 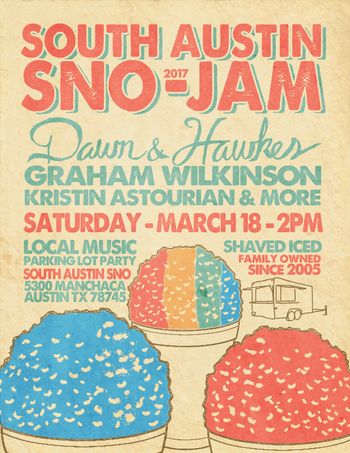 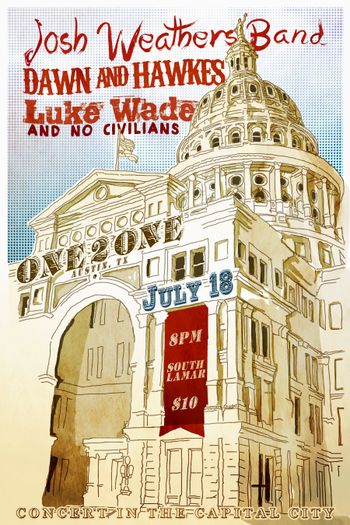 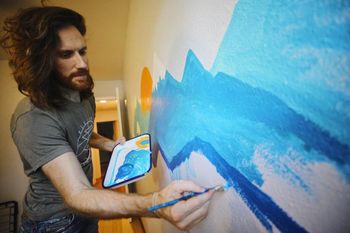 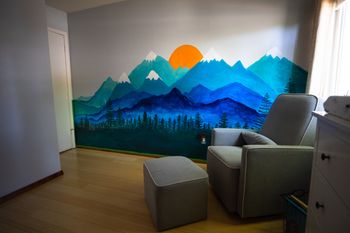 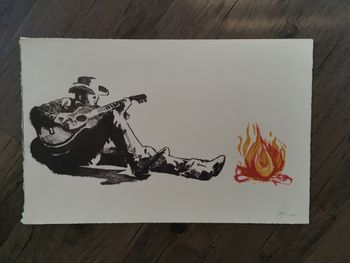 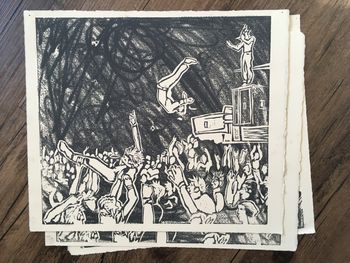 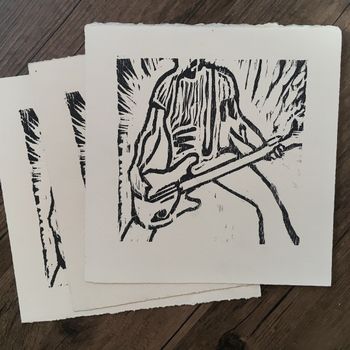 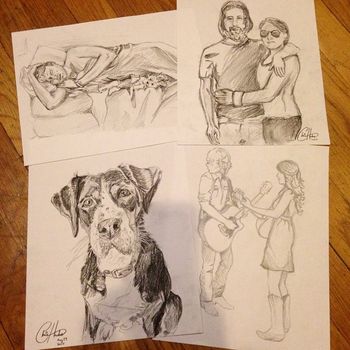